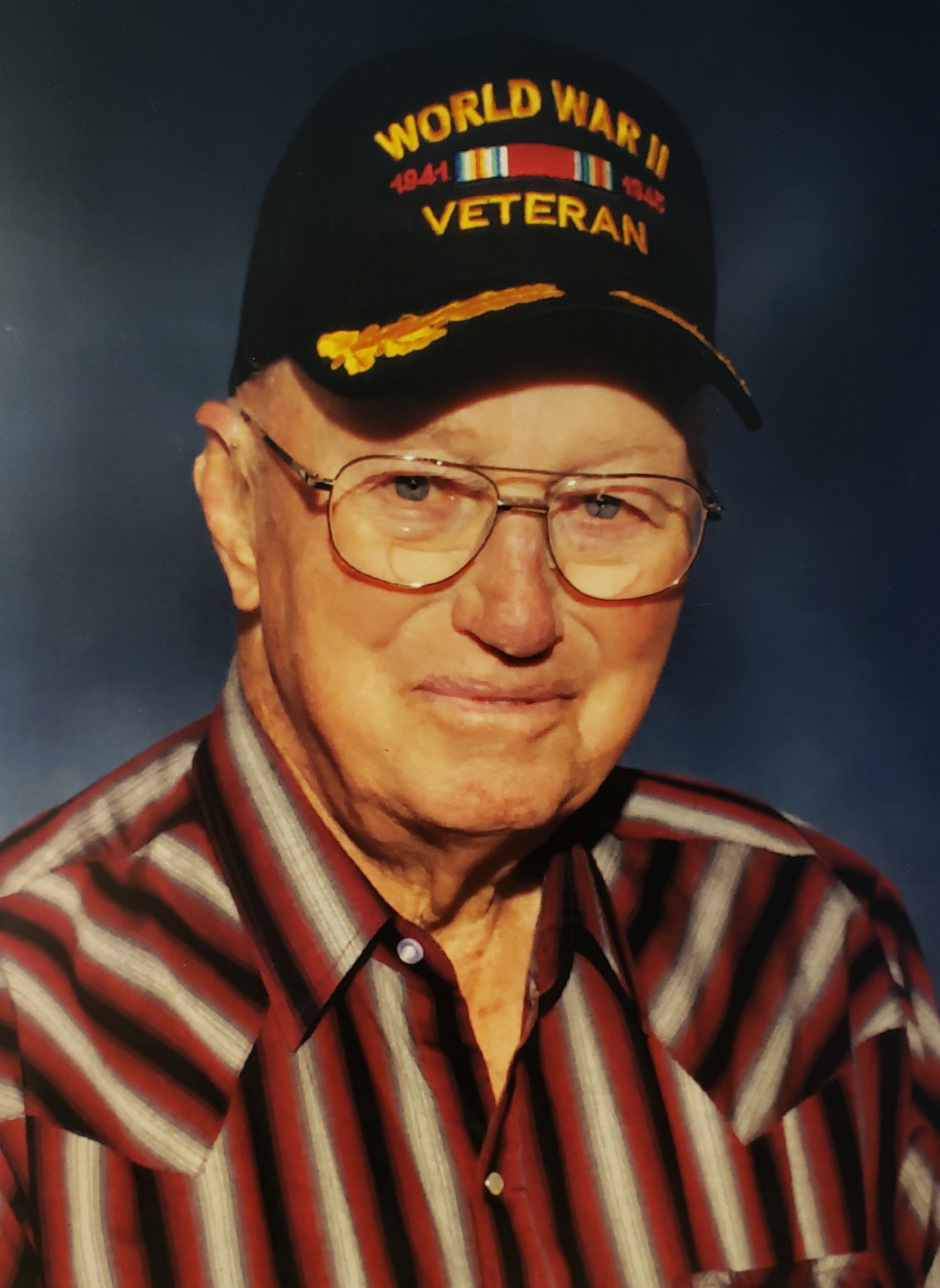 Eldon was a lifelong member of St. Luke’s Evangelical Church, Wellington, MO; and a 1944 Graduate of Wellington High School.

Drafted for the World War II in 1944, he served the Army until 1946 in the Philippine Islands. Upon returning home from service, Eldon farmed in partnership with his good friend Ryland Potter for 30 years until his retirement in 1992.  He was an Army veteran member of Borgman-Orthoff American Legion Post #134, Wellington, MO and of the VFW Post #100 of Independence, MO.

He spent his retirement years up to the age of 84 working as a propane truck driver for his cousin Omar Kolkmeyer; operating a dozer for his cousin Melvin Beckemeyer; helping at Levasy MFA; and driving grain trucks for the Beckemeyer Brothers.

With his wife Janice, he enjoyed being a member of the OWeMayNap camping club and traveling to the Texas Valley for the winter from 1999 until 2018.

Eldon was preceded in death by his parents and his siblings Ray Beckman and Ina Johnson. He was united in marriage to Lois Harlan in 1951, who also preceded him in death in 1992.